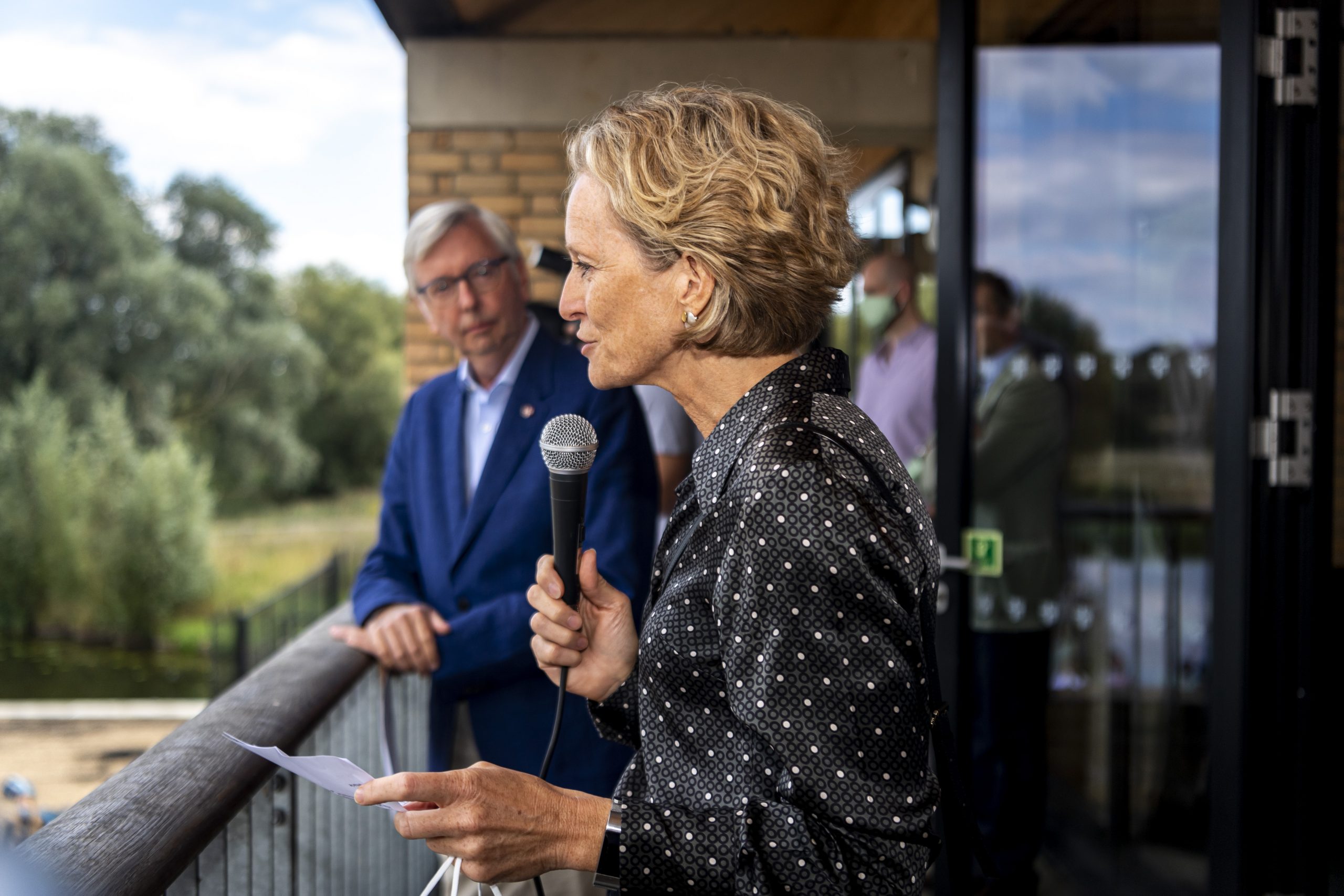 On September 1st, the University Vice-Chancellor, Professor Stephen J Toope, visited Cambridge University Boat Club’s impressive boathouse at Ely, where he met squad rowers and Club officials, along with members of the University Sports Department and CUDAR. The visit was to celebrate the official launch of the new club, coinciding with the start of the season’s training and the start of the 2021 Boat Race campaign.

This follows the decision in April 2020 by the three separate University of Cambridge boat clubs, CUWBC, CUBC and CULRC, to form a single high performance rowing club for women and men, openweight and lightweight, to compete in the Boat Races against Oxford. The change was voted through by an overwhelming majority of members from all three clubs.

The new Cambridge University Boat Club was incorporated on August 1st.  The new Club borrows from the heritage of the former Clubs and builds on it to create a new community fit for the future, one that lives the values and ambitions of the University to be a place of excellence, learning, achievement and inclusion.

Professor Toope was welcomed by new club chair, Annamarie Phelps CBE, who said “This change will enable us to be more efficient, to share resources and learning, and to strive to create the best environment for out student athletes to meet their full potential physically and academically. Having the support of the vice-chancellor and the university is really important, and we are delighted he was able to meet the student athletes on the first day of training at our Ely base.”

Club alumni got a mention too, as Annamarie spoke of engaging “the immense talent and expertise that lies amongst our student athletes and Cambridge diaspora, with the aim of being the leading academic rowing programme in Britain that is truly fit for the future.”

Cambridge Independent reported on the Vice-Chancellor’s visit, and met the new presidents: https://www.cambridgeindependent.co.uk/sport/one-club-for-the-future-of-rowing-at-cambridge-university-9122362/