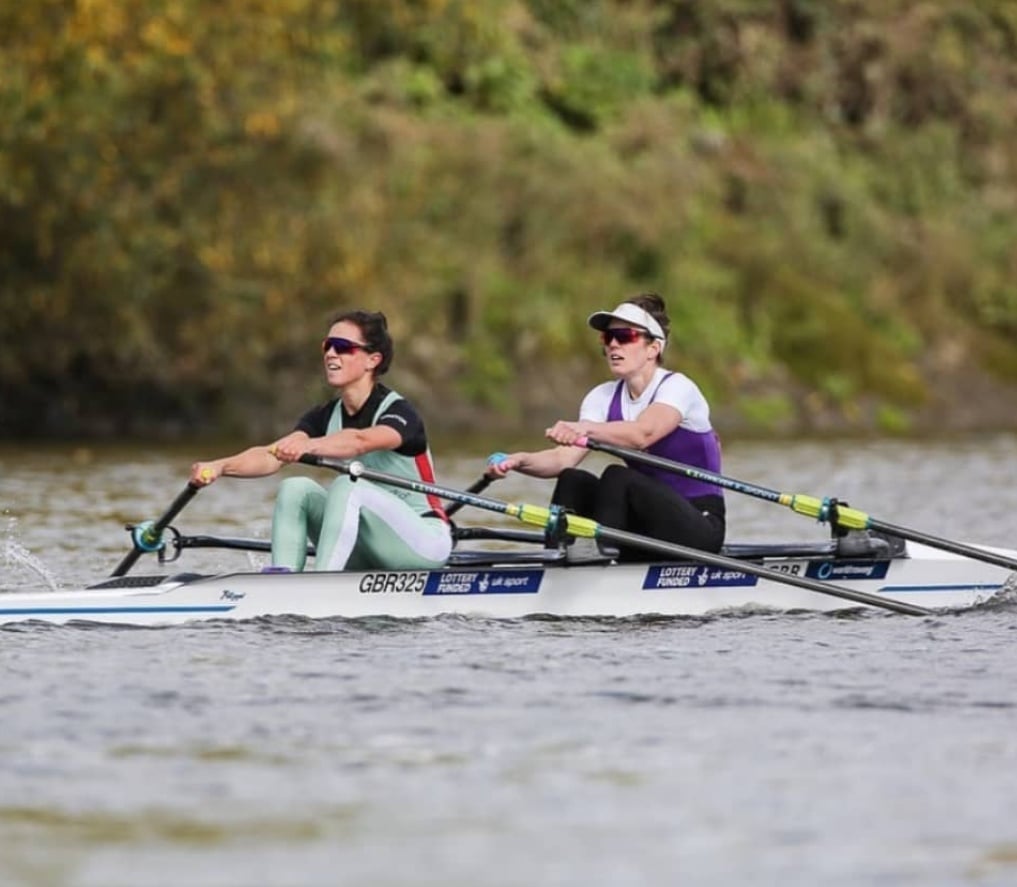 This weekend saw great performances from CUBC alumni in the European Championships in Poznan and the Pairs Head on the Tideway.

Natan Wegrzycki-Szymczyk (B19)  scored a breakthrough silver medal in the men’s single, with a flying final 500m taking him past former World Champions Kjetil Borch (NOR) and Ollie Zeidler (GER) to finish just a second behind Sverri Nielsen (DEN).  It was a result which augurs well for Natan’s preparations for qualifications for the 2021 Olympic Games.  After the race, Natan said, ‘I just wanted the best race I could have, and it went really well from the start. I knew the others were really fast but I focused on my boat.’ He added that “It was great to have the support of CUBC, and to meet Annamarie Phelps after the race”.

After having qualified her boat at last year’s World Championships for the Olympic Games, Ida Goertz-Jacobsen (B19), sitting at bow in the Danish W4-, drove her boat to the fore in the opening stages of the race, and contended with the Italian and Irish boats for the silver and bronze medals throughout the race, but ran out of water to finish 4th.

On the Tideway, Imogen Grant (LWT and Blondie 16, B17, B18) rowing a 2x with Emily Craig (ULBC) placed an unprecedented 4th place overall, just 30 seconds behind the overall winners and over a minute ahead of the next women’s crew. After the race, Imogen commented, “As a team, we made the decision to not race at Europeans, but the opportunity of racing at Pairs Head on the same weekend was ideal. Barnes bridge ladies rowing club arranged a very well organised race, and Emily and I were excited to race after so long. There was a lot of rain last week, so we were expecting fast stream. We had a really good race, and were delighted with the result. This will set us up really well for the winter training”.