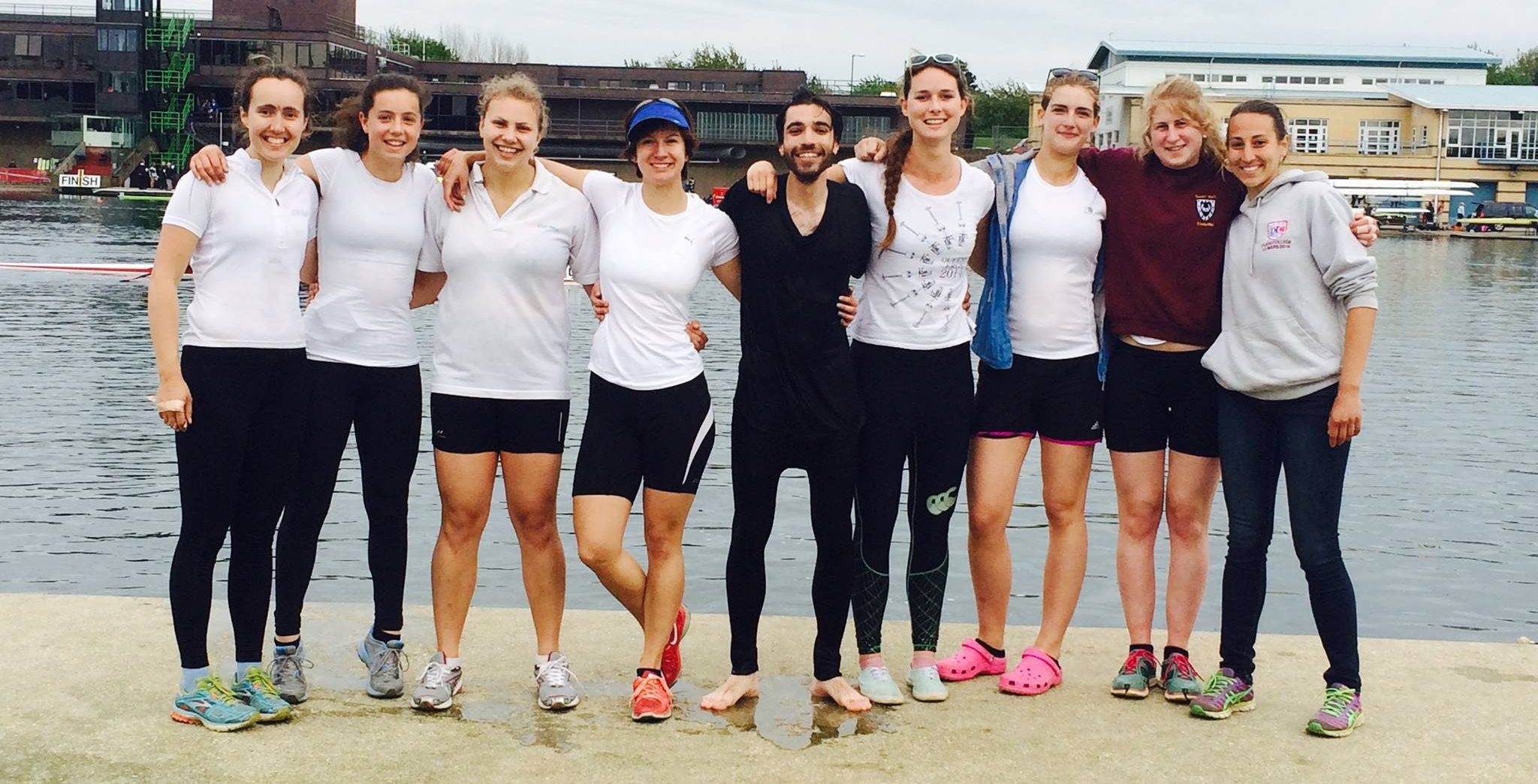 Imogen Grant, who took up rowing with her College Boat Club at Cambridge University in October 2014, finished 4th in the Lightweight Women’s Single Scull at the World Cup last weekend, just 0.4 seconds behind bronze place.

Imogen learned to row for her College (Trinity College who row as First and Third Trinity Boat Club) having been lured in by the offer of a free drink if you attended taster sessions. She has been a loyal supporter of the College Boat Club ever since, competing in many Bumps crews over the years.

In 2017, Imogen raced in the GB Lightweight Women’s Quad at the World Rowing U23 Championships and after impressing at this year’s GB Rowing Team Assessments, she was selected to race with the Senior Team at the first World Cup in Belgrade, along with CUWBC Chief Coach Rob Baker.

There were 15 entries in Imogen’s event (Lightweight Women’s Single) and by improving her performance in every race, she confirmed her place in the top 6 racing in the “A final” where she finished in a very impressive 4th position, less than half a second out of the medals.

Speaking on her racing, Imogen said:

“I had a jittery start to the regatta, nervous about my first senior race, but every race I was able to alter and improve my rowing. Each time I took to the water I think I learnt something new, and nearly took a medal! The purpose of the regatta was experience, and it has left me even more excited and motivated for the rest of the season”

Grant is in her fourth year of medicine, which means clinical school, so the demands on her time are even greater. And getting the balance of sport and academia is even more difficult.

“Rob is really great,” she said. “I have been at CUWBC for three years now so I’ve got a really good relationship with him as a coach and he understands very much what I need to do in terms of the medical side of things to get things done so he can be flexible with me as well.”